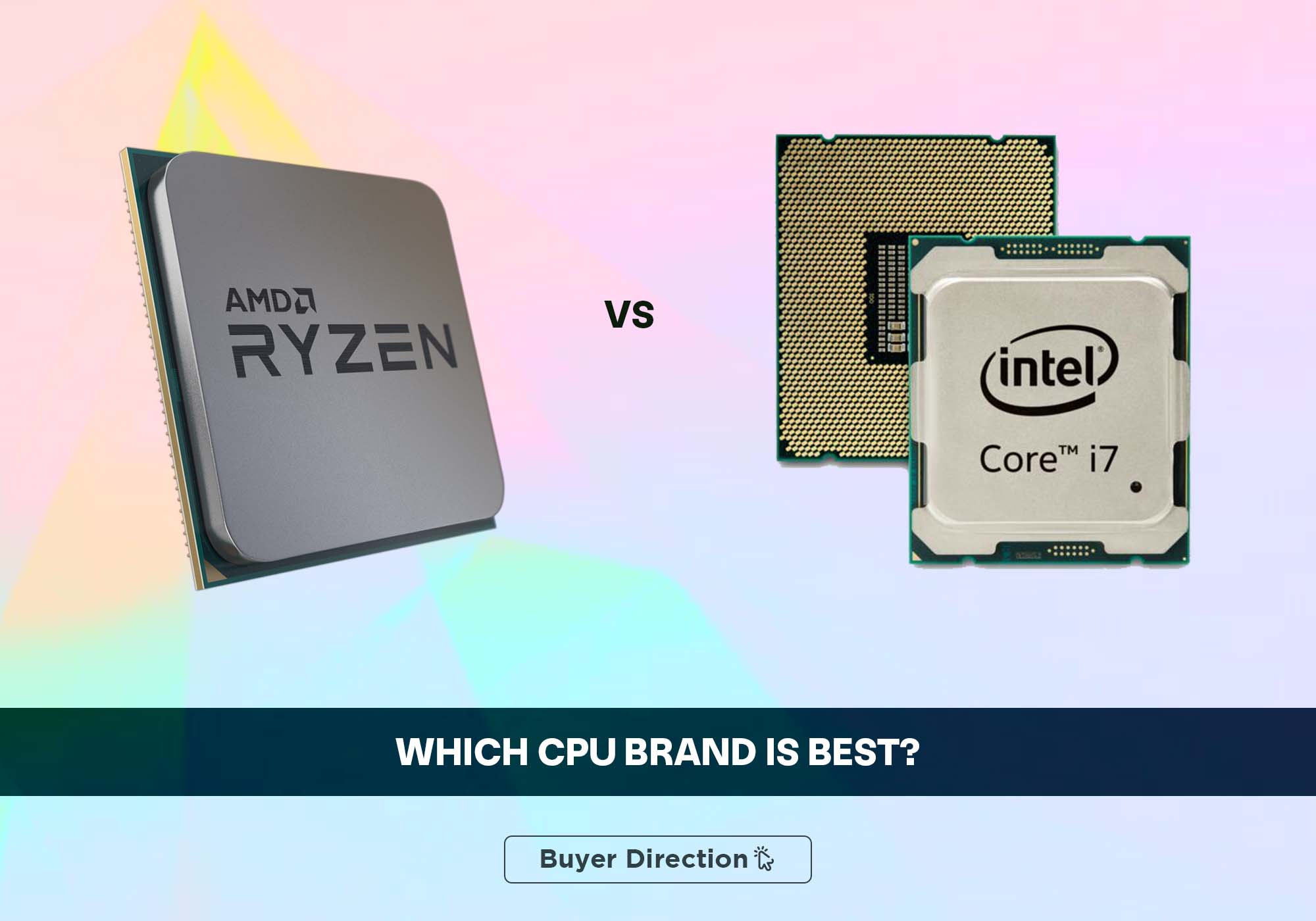 The brain of a computer is its processor, which does the bulk of the “thinking.” It means that a quicker CPU will let you do things like crunch numbers, surf the web faster, play games, or edit images, but it will also drain your battery more quickly.

Whenever you’re shopping for a new laptop, you’ll almost always see the processor’s name prominently displayed. However, viewing the CPU model name alone, without any context, might be confusing and overwhelming.

Since Intel’s first 4-bit CPU debut in 1971, the business has dominated the processor market. The business was the “king of CPU manufacturers” and dominated the struggle against AMD. The AMD Ryzen vs. Intel CPU dispute is one of the most contentious computing industries. One of the most exciting and timely issues we have today, in my opinion.

AMD is the world’s second-largest CPU manufacturer, supplying desktop and server processors to many customers. In 1991, AMD became a challenger to Intel after developing second-source Intel processors. AMD and Intel are your only options when it comes to the finest gaming CPU for your gaming setup or the best workstation and server-level CPU.

Processing heat and power consumption in Intel vs. AMD CPUs:

Both AMD and Intel have powerful processors. But when it comes to specifications, there are some discrepancies between the two products. While Intel was nearly always ahead of the curve in the past, today, both businesses appear to be on equal footing in technological advancement.

What does AMD have to offer?

The processor lineup from AMD is relatively sparse. The new Zen architecture has simplified its product offerings significantly. Consumers can choose from various options, but not as many as Intel does.

AMD’s high-end processors are available in various configurations, depending on your needs. The Ryzen 9 5950X is the greatest gaming CPU on the market right now, period. Ryzen 7 5700G and 5700GE are AMD’s new high-performance CPUs with integrated GPUs.

These old-generation Ryzen processors, including the 3000 series and the 4000G series, are excellent to own.

AMD shines in the mid-range despite its high-end performance because of its excellent value-for-money. There are a variety of Ryzen processors to choose from, including the newest Ryzen 5 5600X and older models like the Ryzen 7 3800X and Ryzen 3 3100 for lower-budget designs.

There are many alternatives in the mid-range and budget categories with integrated GPUs. For the price, the newly announced 5000 series APUs, including the Ryzen 5 5600G and the Ryzen 3 5300G, are excellent choices. Low-end AMD chips are Athlon Gold and Silver.

Even while AMD isn’t the market leader, it has a significant advantage in this area. Since acquiring ATI, AMD has maintained a strong presence in the graphics card market. AMD’s architectural improvement expertise is on display with the current Radeon RX6000 series of GPUs, even if it falls short of NVIDIA’s best.

These GPUs are quite close to NVIDIA’s comparably priced offers in terms of performance. AMD GPUs are excellent value for money despite their lack of ray-tracing capabilities.

What is Intel’s product line?

Because Intel has been in the CPU business for so long, it can provide a wider variety of products. There’s an Intel chip for just about any budget, and it’s not uncommon for there to be more than one. However, even though it never has and will never be the best value for money, it has some fascinating CPUs.

When it comes to Intel’s most powerful processors, there are three series to choose from based on your needs. These are the completely unlocked variants of the Intel Core i9 flagship chips found at the top of the Intel Core X-series CPUs.

The Intel Core i9-10980XE is currently the most powerful processor in the market. Alder Lake, Intel’s 12th generation of CPUs, was just unveiled.

No 11th or 12th generation treatment for the X-series yet. However, new 12th-generation CPUs are available in the Core i9 and i7 lines. The most powerful i9 processor is the Core i9-12900K, based on a new 10nm technology known as Intel 7.

Starting with Core i5 and i3, Intel’s mid-range and budget alternatives have a greater range of possibilities as well. After receiving the 11th generation makeover, Intel’s midrange acquired several additional upgrades.

The 12th generation of the i5 series added two new SKUs. The top two processors are the i5-12600K and i3-1115G4. There are many SKUs in these ranges for balanced systems and better availability than AMD’s offers.

The Pentium series is at the lower end of the spectrum. With the 12th generation refreshes still to arrive, Pentium Gold and Silver have received the 11th generation improvements. These are supplemented with the Celeron G series CPUs, ideal for tight budget setups. Compared to AMD, Intel has a far broader selection of low-cost SKUs available.

For Intel, this is a new chapter in its history. A long history of creating subpar integrated graphics has led Intel to enter the GPU market. An unimpressive entrance into the GPU market, the Intel Iris Xe graphics card does not have enough to make it a viable competitor.

OEM systems are the only ones that will get it. If Intel can resolve its ongoing CPU-making challenges, we may see Intel GPUs earn some mainstream appeal. There appears to be an increase in the number of Intel GPUs.

AMD vs. intel some key points:

AMD may be just the ticket when it comes to a budget-friendly, multitasking, and easy-to-upgrade CPU. When coupled with high clock rates and overclocking room, Intel’s single-core performance may still benefit the ordinary gamer, and you can get the most from it.

The ball is now firmly in Intel’s court in the battle between AMD and Intel, and the war is far from done.

Related Posts
How to use a laptop as a monitor for PS3
How To Check Monitor Refresh Rate Windows 10?
How To Remove Scratches From Aluminum Laptop [7 Easy Methods]
How To Charge Laptop Battery Manually
NanoCell vs Oled TV – Display Technologies Explained Which One is Better?
Workstation Laptop vs. Gaming Laptop: Which is better?
How Many Watts Does A Laptop Use?
How to Tune a Car with Laptop?