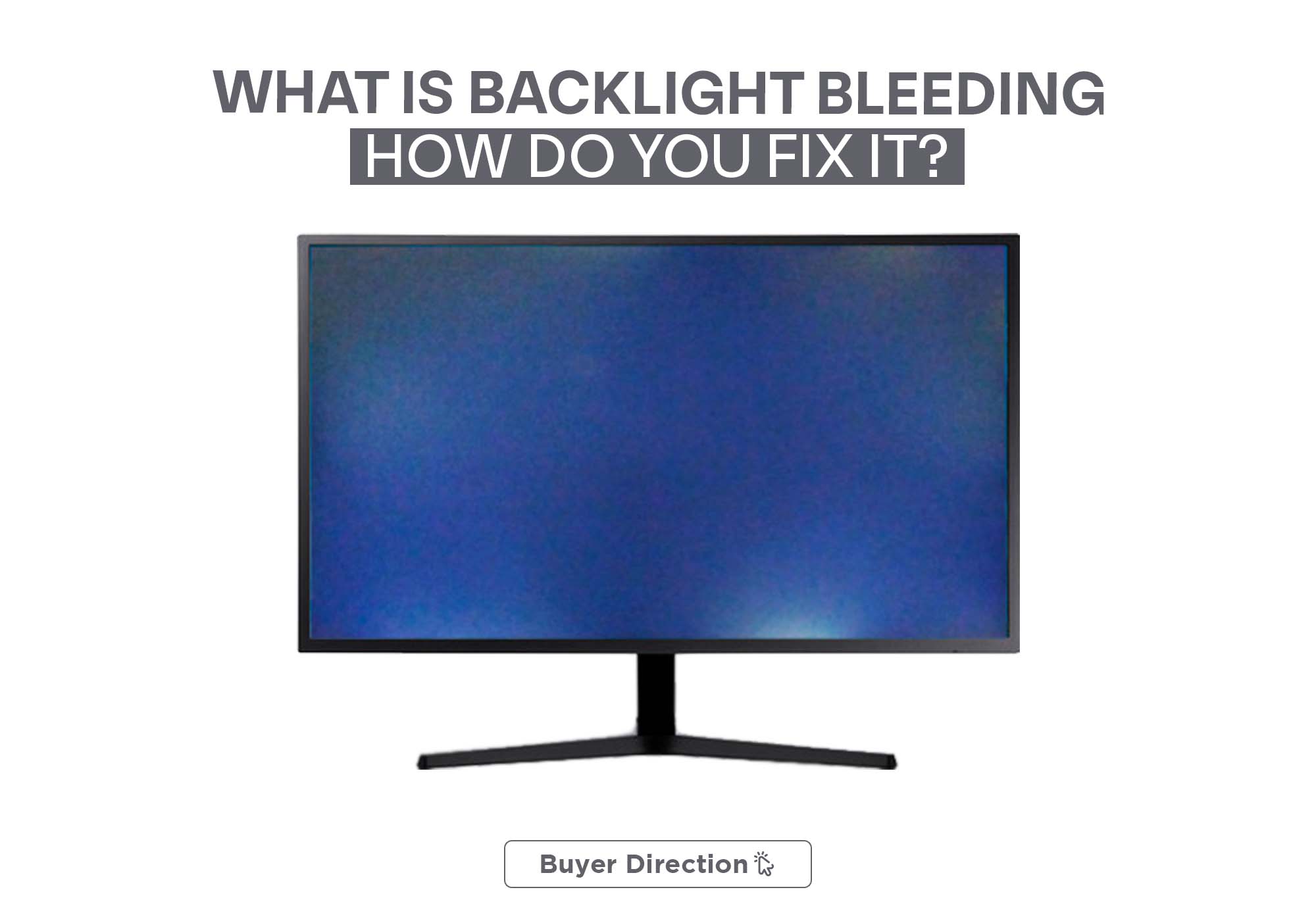 Has your LCD been bleeding? Or are you struggling to find ways to fix backlight bleed? If yes, you are at right place.

Well, backlight bleed is a pretty standard-issue which many of the LCD users face. The backlight bleed happens when light leaks from the edges or corners of your LCD. It depends on multiple factors, and above all is the way your LCD works.

You can see these annoying patches of light LCD can lose its panel with time and use. So, if you are suffering from this pain, take a while and complete your reading. Here, you are going to find some of the best ways to overcome the issue.

What is Backlight Bleeding?

Backlight bleed is a light leaking around the corner of a LED or LCD. In some cases, it is flexible. A backlight appears on the screen when light from an LCD monitor manages to escape around some panel regions creating bright areas.

Backlight is a common problem that you face in your LCD because it uses an active backlight system. Backlight bleeding does not block a particular screen area; it shows some unnatural bright spot on your display that ruins your visual experience.

How does Backlight Bleeding occur?

How can you fix Backlight Bleeding?

Backlight bleeding could be occurring when the display is not sitting correctly inside the frame. In this situation, the extra light is bleeding through the edges. You can turn on your TV to check if the bleeding is still there, then loosen the screws and twisting the frame.

You can apply electrical tape on the edges of the screen where the backlight is bleeding. It is a common trick that you use to change the tube. You can take an electrical insulation tape for taping the edges round. It recommends fixing if the issue is from the display frame.

The backlight could be bleeding because the display of an LCD is not entirely flat. Dust, grease, and liquid are most likely causes in this case. They can interfere with the picture quality, mainly if located in the centers.

You can rub the bleeding spot gently with a microfiber cloth or a soft lint-free cloth. Clean the bleeding area in circular motion without using too much pressure. You may turn off the monitor for a few days after cleaning the display to settle. You can repeat this procedure if you do not see any improvement.

You should check your progress after trying out each step because backlight bleeding might be having. The best way of checking is to open a completely dark image or video and take pictures of your display. There are many online videos explicitly made for this kind of test.

You can also watch a video on YouTube to learn how you fix backlight bleeding on your monitor or TV. You can click on the following link to watch the video:

To test your display for backlight bleed on your LCD, play a pitch-black video on full screen. The light present around the edges of your LCD’s screen is backlight bleed. You can also dim the lights and set the brightness of the screen to a reasonable level.

How to avoid Backlight Bleeding in the future?

You can commonly find Backlight bleeding is in any LCDs and LEDs monitors. Black bleeding is a predominant problem in most LCDs, and it is not noticeable at all you are light-sensitive. It isn’t enjoyable and affects many displays that use an active backlight.

You should check with your seller about replacing the faulty display before fixing it to avoid losing your warranty. Going with CRTs or OLEDs may not be a good option because of the quality and price tag.

Related Posts
How To Make Sure All Your Computer Hardware Parts Are Compatible?
How to know if the Laptop Battery is dead or not?
Ultrawide VS Dual Monitors – Which Should You Choose?
How to We Connect CCTV Camera with Laptop without DVR
A Complete Guide Of How To Clean A Laptop Touchpad
IPS vs. TN vs. VA - Which Panel Type Should I choose?
LG 27gl850 vs. LG 27gl83a Full Comparison for Office & Gaming
How To Charge Laptop Battery Manually